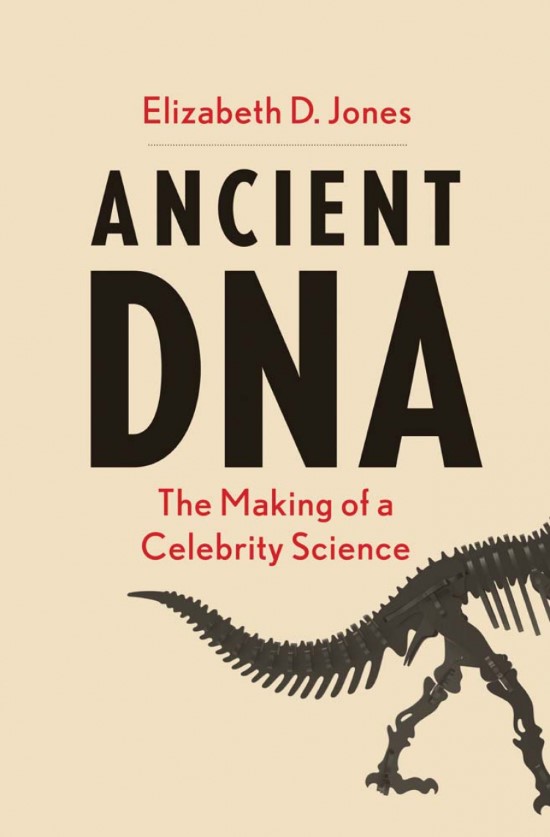 Title: Ancient DNA: The Making of a Celebrity

By: Sean D. Denham, Chair of the National Committee for Research Ethics on Human Remains

In 1984 the first DNA sequence from an extinct organism, a subspecies of zebra, was published in a scientific journal. This also sparked the public’s interest in research into ancient DNA (aDNA); the recovery of genetic material from long-dead organisms.

In the book Ancient DNA: The Making of a Celebrity Science, Elizabeth Jones shows how the field of aDNA has always relied upon public interest and media attention to keep itself moving.

This was particularly the case in its early days, when the validity of results and even the feasibility of the entire endeavor were questioned. While the book and film Jurassic Park did not create this problem, it did raise it to an absurd level.

The Jurassic Park franchise oversold the field of ancient DNA in every particular, but this was either unclear or irrelevant to those outside the field. With the intense media attention came increased funding opportunities. Researchers were quick to pick up on this and, at least publicly, aDNA studies became a quest for superlatives: the oldest this, the most complete that.

To describe this phenomenon, Jones introduces the term “celebrity science”, a field that “exists and evolves under intense public interest and extreme media exposure”.

She seeks to portray the concept as a positive one in which researchers can leverage the power of the media to drive both technical/methodological development and further research aims. To a certain extent, that is what happened.

Parallel to aDNA’s more public quest for superlatives, internal debates raged over methodological issues, the field’s relationship to the media, and the direction of the field generally. These debates, which brought the field forward, were made possible by the prestige and funding resulting from the media attention.

The tradeoff is that research goals could become defined by marketability rather than scientific relevance. This may be either going after something that the public will eat up (e.g. repopulating the Earth with mammoths or Neanderthals), or chasing something specifically because it will lead to an article in a high-impact journal like Nature or Science.

One of the side effects of this system is that it tends to direct funding towards the three or four labs best able to execute the media-friendly research. This raises difficult questions not only about the responsible use of money, but of extremely rare source material, and at a larger level about the legitimacy of the field itself: Does the field exist for the sake of answering scientifically relevant questions or does it exist merely for the sake of existing?

A part of the game

The book is divided into two sections, although not formally. The first 7 chapters chart the history of ancient DNA studies and its engagement with the media. These are engagingly written. The internal debates over the legitimacy of the field, in the 1990s and early 2000s (Chapter 6), were particularly interesting.

The final 3 chapters present Jones’ thoughts on the nature of celebrity science as illustrated in the earlier chapters. Unfortunately, by the time one gets to this point, the text begins to suffer from a certain repetitiveness, and the reader is occasionally left with the impression “you’ve made this point already”.

Interviews with more than 50 researchers worldwide form an important part of Jones’ book. These researchers clearly show that attitudes towards and experiences with the media vary. Some like the attention, while most despite it.

Media attention is not, in and of itself, a negative thing. It is the way in which the media presents results, and the researcher’s role in this, which can be problematic. The assumption among the researchers seems to be that sensationalization or misrepresentation of results by the media is simply part of the game.

And in a game where one’s ability to participate is directly associated with the level attention one receives, acceptance of this becomes an existential necessity.